What Makes a Document Canadian When Certifying Internationally? – Help From The Experts At ALSC

You Are Here:Home/Authentication and Legalization Process, Country/What Makes a Document Canadian When Certifying Internationally? – Help From The Experts At ALSC
Previous Next

What Makes a Document Canadian When Certifying Internationally? – Help From The Experts At ALSC 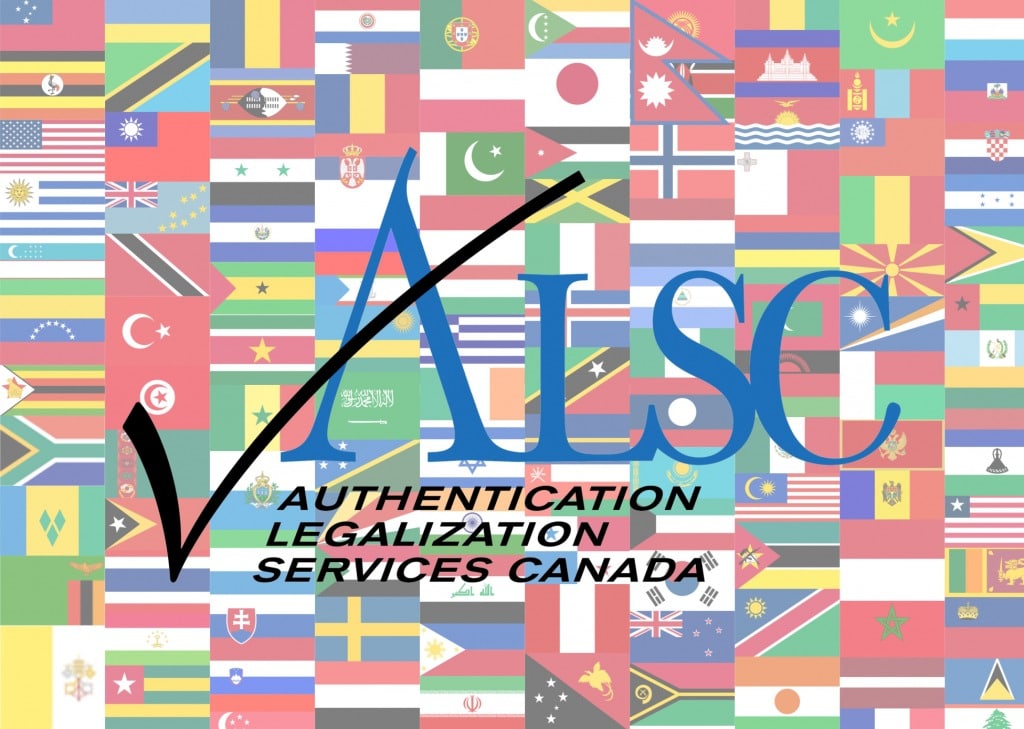 Validating Non-Canadian Documents for use in or outside Canada

Processing a document that is not Canadian can be incredibly complicated. In almost every case your document will need to be processed in the country of origin. For example, if you have a degree that was issued in the United States, it would need to go through the apostille process inside the United States to make it valid for use in another country. Foreign documents can not be authenticated and legalized in Canada for use in another country if the document is not Canadian. This can still be a bit confusing to some people since they will often be sent documents from abroad to be notarized and processed in Canada. Documents that are not related to education and vital statistics such as birth certificates, marriage certificates, and death certificates can usually be notarized in Canada. In short, most documents that are not issued by a foreign government or education related body can be notarized in Canada for the Authentication and Legalization process. This technically makes the document Canadian. To use another example, suppose your lawyer from Greece has sent you a document via email that you need to notarize in front of a Canadian lawyer or notary public. Even though the document was drafted by the lawyer in Greece, it will be a Canadian document once it has been notarized by a Canadian lawyer or notary public. In contrast, if you make a notarized copy of a police check from Spain here in Canada, that document would not be legally valid since it was originally issued by an institution in Spain. In this case, the original Spanish police check would need to go through the apostille process in Spain if you need to use it in Canada or elsewhere. This can be very frustrating if you have multiple documents from different countries, especially if there is no clear instruction available on how to process them. You will unfortunately have to process all of them according to the international document law of the issuing country.

When is a Document Canadian for an Apostille, Authentication Legalization Stamp

Although there are some exceptions, as a general rule of thumb a document is Canadian if it has been issued by the federal government, the provincial government, an accredited educational institution, Canadian Chamber of Commerce, and other government-accredited institutions such as local police and federal police (the RCMP). However, many documents do not fall under these categories. Most documents are issued privately, and in some cases these documents can even be originally drafted in a different country that is not Canada. Documents such as powers of attorney, affidavits, will and testaments, timeshares, consent letters, board resolutions, etc., become Canadian once they have been notarized by a Canadian lawyer or notary public. It does not matter where these documents were drafted as long as the notarized original documents are made in Canada. In short, if you were sent a power of attorney from the UAE but sign it and notarize it in front of a Canadian lawyer or notary, that document will be Canadian. Note that this can become very complicated since many documents drafted in foreign countries tend to be in a foreign language. If your document is in a language other than English or French, even if it has been notarized by a Canadian lawyer or notary public, there are additional requirements it will need to meet before it can be used outside of Canada. If you have a document you need to use outside of Canada and you’re not sure if it’s Canadian, contact us. As the leaders of our industry we guarantee we will be able to assist you or at least guide you in the right direction. International documents are our expertise and you should trust the experts!

Click To Get Started Using Our 5 Easy Steps
By ALSC|2020-10-29T10:01:05-04:00July 12th, 2019|Authentication and Legalization Process, Country|Comments Off on What Makes a Document Canadian When Certifying Internationally? – Help From The Experts At ALSC